What is a CCSL?

If your film is going to be exhibited at foreign film festivals or distributed overseas, a CCSL can be used for translation, dubbing and other post-production purposes.

A sample of the information contained within a CCSL. CCSL creation provides a detailed picture of your film, as required by distributors and festivals around the world.

Answer all of your questions about CCSL creation and learn more about dialogue spotting lists and what is required for distribution and film festival submissions.

The letters CCSL are an acronym that stands for “Combined Continuity Spotting List”. Here’s what that means, and a description of the varying types of CCSL documents:

This is a written record of scene-by-scene detailed descriptions for all camera shots, camera movement and actors within the shot, and all of the verbatim dialogue spoken within the film. A Combined Continuity Spotting List acts as a legal description of the film/television project for copyright purposes.

A spotting list is a document that contains the timed subtitles for a film. This includes the in and out  times, calculated duration of each subtitle and the subtitle identifier. The document acts as a ‘blueprint’ for any translation and localization service to create language masters from.

What is included in CCSL creation: 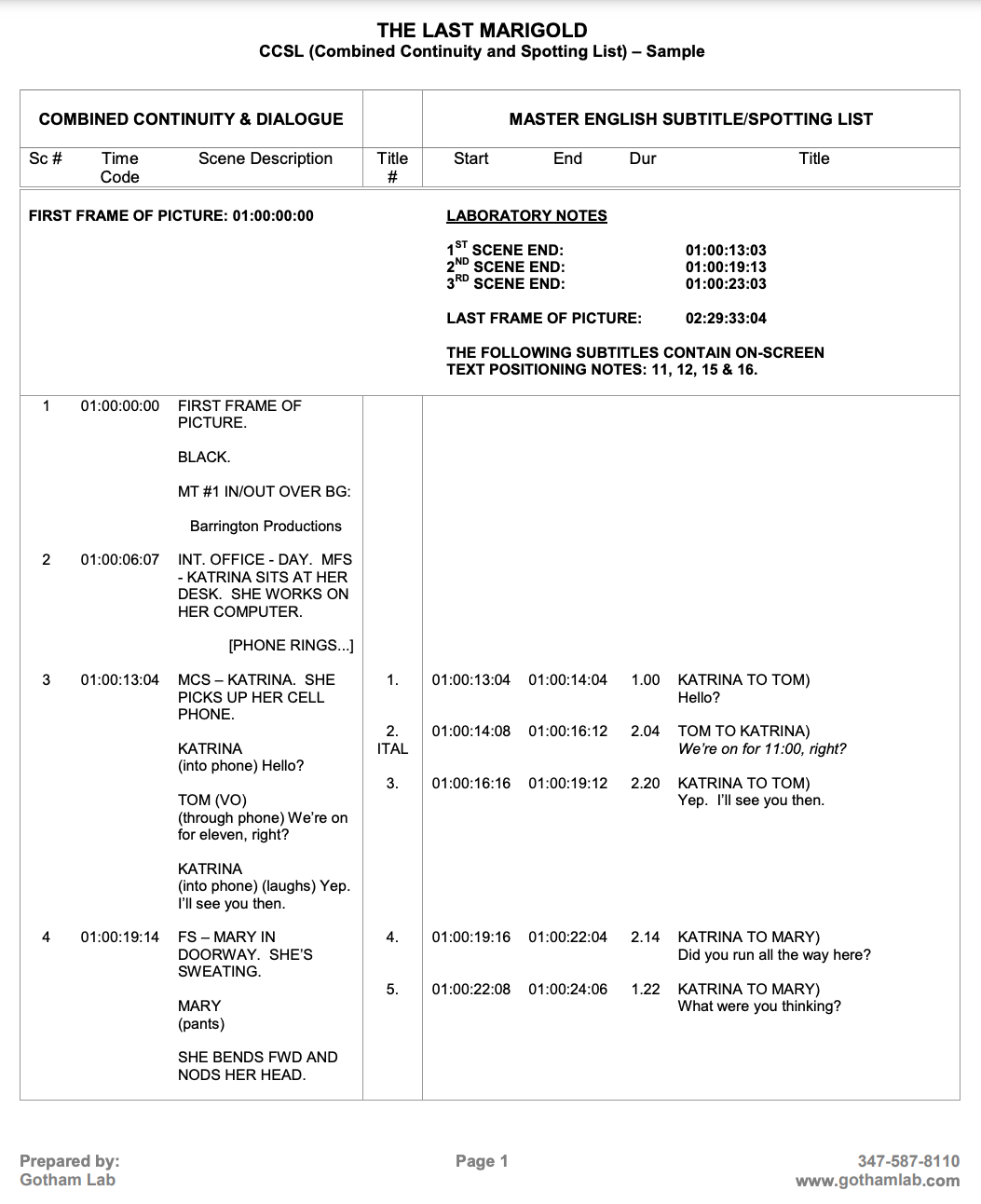 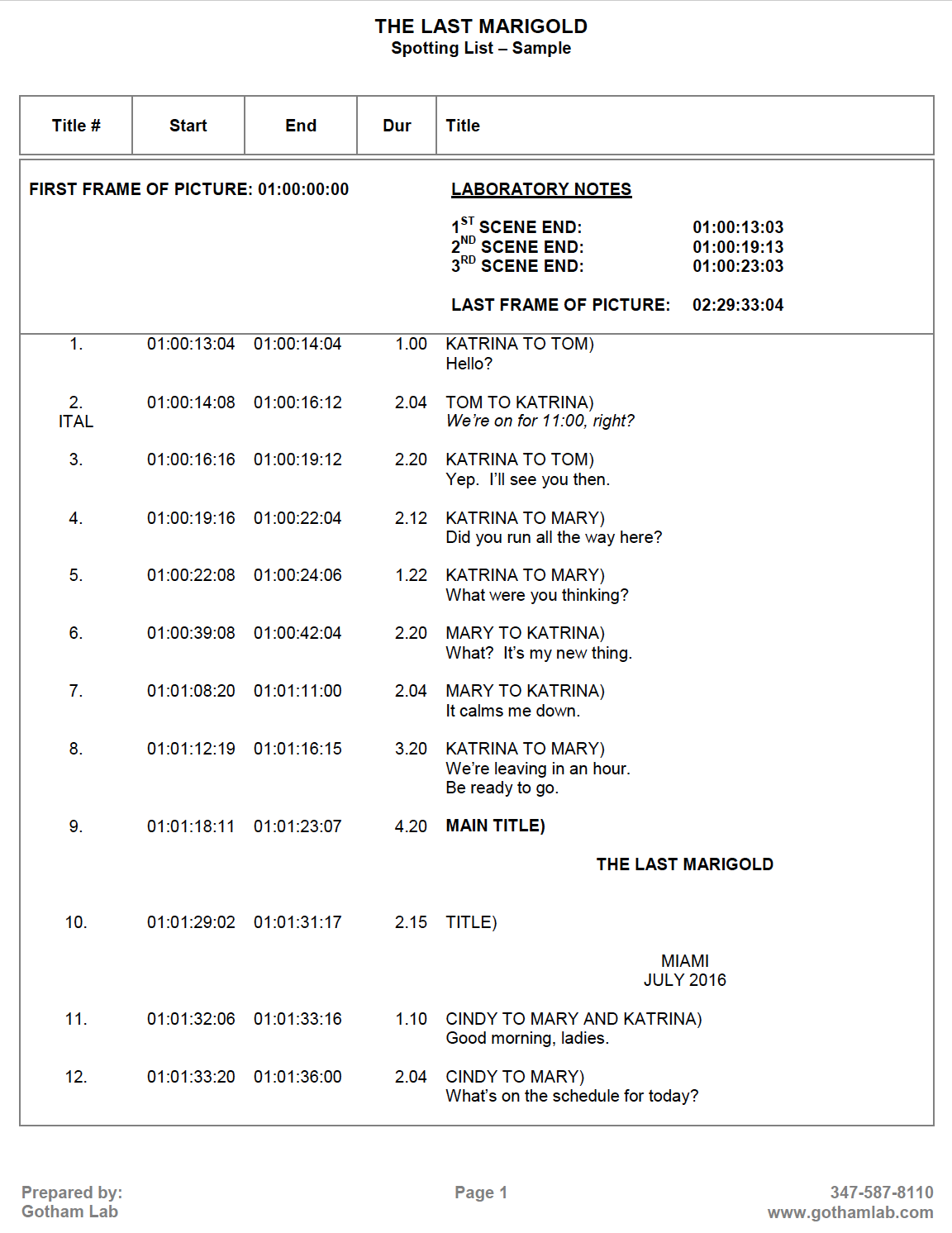 It all starts with CCSL creation services.

To prepare the continuity list for a movie, our writers go through the video to capture the time code for each individual camera shot. After which they carefully evaluate each shot (which can average 1200-1600 per for a one hour movie, to determine the type of shot, the characters in the shot as well as any pertinent objects or scenery, and any action that happens during the shot.

Spotting List: And to the right side is the ‘spotting list’ which is the audio part of the video or film.

For creating the spotting list, we follow our normal closed captioning procedures. Once the text of the video is transcribed and timed, an editor proofreads the dialogue, as well as adding speaker and subject IDs.  The spotting list includes all dialogue, music, and sound effects, structured as they would appear as captions, with speaker and who is being spoken to identification.

The document is formatted so that the two documents run concurrently, meaning that all captions are displayed adjacent to the shot during in which they occur, in chronological order.

CCSL creation can be used as a road map for translation and localization services. If your film is going to be distributed abroad for foreign language speaking audiences, it’s critical to have a CCSL created as part of the process for archival, legal and practical purposes. 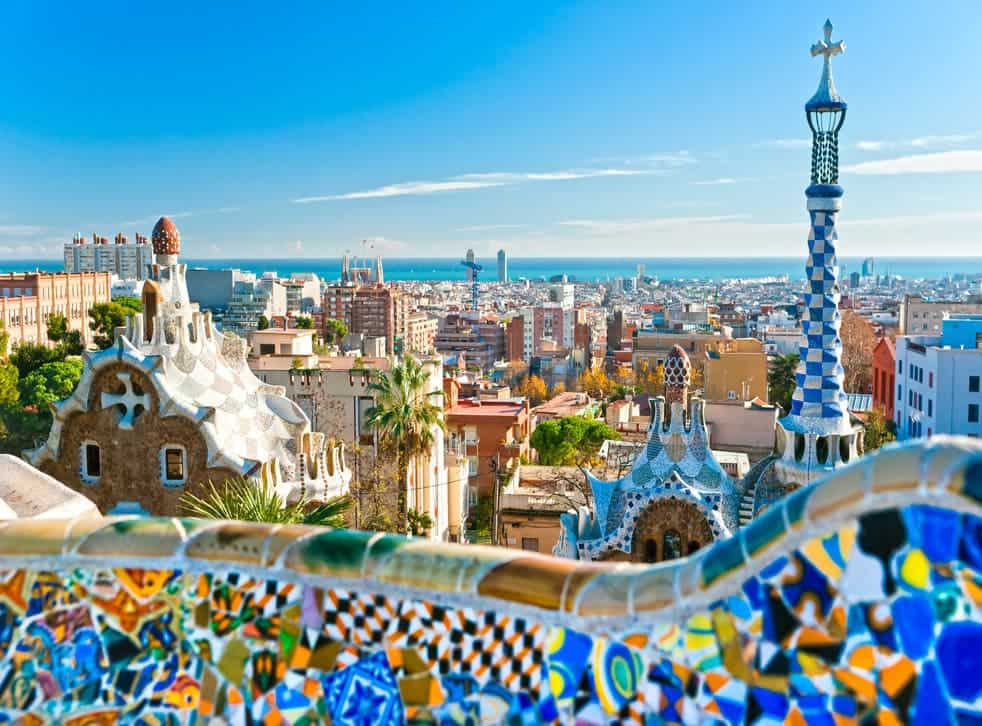 Need a translation? We have your back. With hand-selected translators in over 50 languages let us help you break the language barrier and get your content out there. Our translations are handled by thoroughly vetted professionals, not software or AI, and we’re proud of that. With an increase in global viewership around the world, having subtitles and captions for your video content is a necessity. Subtitling and captioning your content will help you reach the largest audience possible and enable viewers to understand your videos in any language. 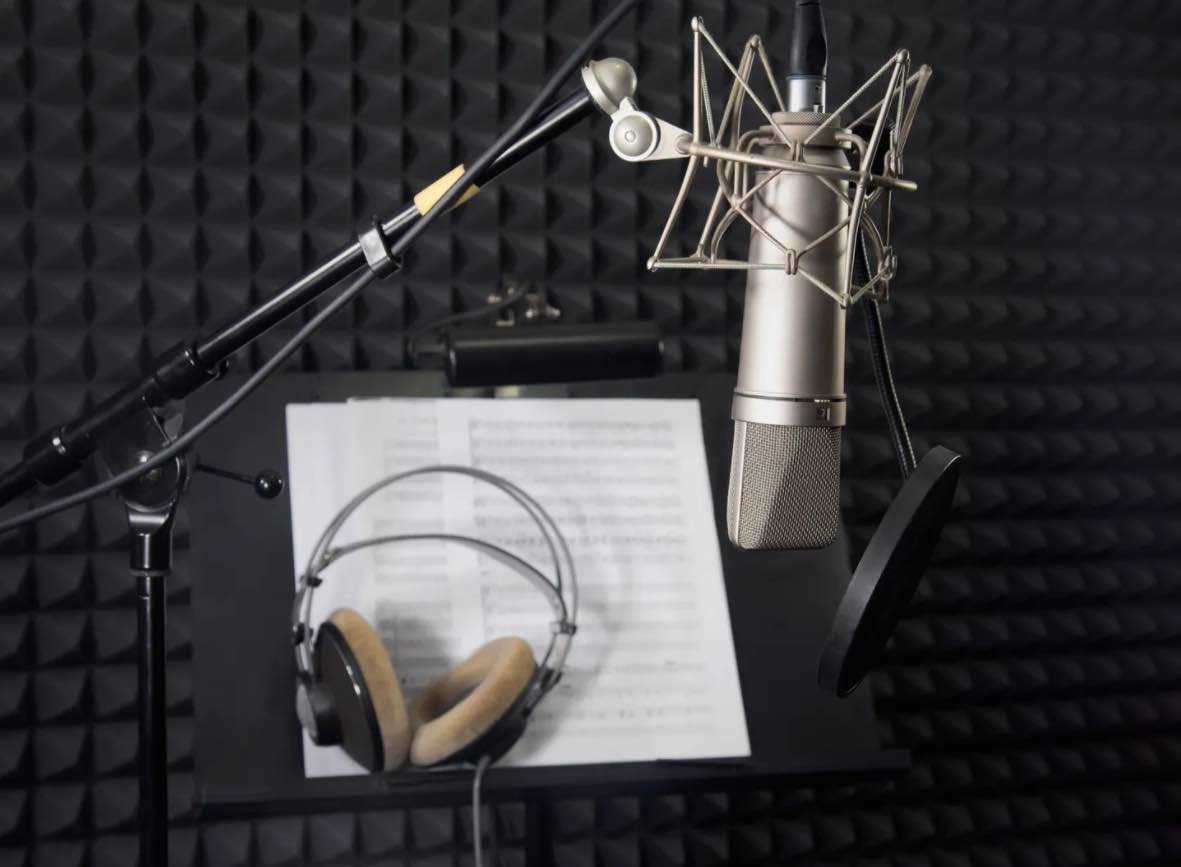 We have hundreds of professional voice talent in over 50 languages. Our in-house studio uses the highest quality microphones, hardware and software to produce broadcast ready recordings in any language. We have exclusivity agreements and audio engineers ready to get it done.